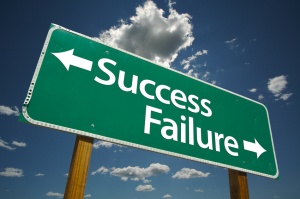 “A day late and a dollar short.”

“Nothing is more expensive than a missed opportunity.”

No, this is not a conversation your grandparents are having over a game of canasta (google it, we’ll wait). No, this is the reality of doing businesses today. In our 24/7 world, it’s hard to believe that missed opportunities could even be an issue. Because with all news, all info, all connectivity, how could we ever miss a thing? But as business leaders ourselves, we know that the road to business success is always paved with missed opportunities. And many are the stuff of legends.

Ronald Wayne, Apple's third co-founder, sold his 10% stake in Apple for $800 two weeks after launch. He later got $1,500 for renouncing all claims to ownership. The kicker…if he had kept it, it would be worth about $40 billion today.

Mark Zuckerberg's college roommate, Joe Green, partly discouraged by his father, turned down an offer to help Zuckerberg start Facebook. Had Green joined the company in those early days, he would have gotten about a 5% stake, likely worth about $7 billion.

James Altucher, a venture capitalist, famously passed on buying 20% of Google for a mere $1 million. Why you ask? Apparently, Altucher didn’t think much about search engines. “Search engines? Aren’t they all dead? What’s the stock price on Excite these days? You know what it is? Zero!” (Excite was in the process of going bankrupt.) So, as the story goes, Altucher told Google, no thanks, saying, "The opportunity is too small for us."

Now, we realize that these examples of missed opportunities are on the extreme side, but the reality is that any business, large or small, runs the risk of missing an opportunity. Whether it’s incomplete data, misinformation, or no information whatsoever, the risk is real. In fact, we’ll wager that in many of the examples above, the missed opportunities came as a result of missed information. At Bitvore, we believe there’s a remedy. We believe that a company’s ability to see around corners, make better decisions, and outmaneuver competitors is a strategic imperative. Because one missed opportunity. One so-so business decision. One lost deal. That’s all it takes these days to be added to ‘legend’ list.

“Too often, we miss out on opportunities in this life because we were too busy waiting for them to fall into our lap that we missed them tapping on our shoulder.” So that tap you’re feeling? That’s Bitvore.