Bitvore 22: Alan Chaney, Chief Technology Officer, on Everything from AI to Aviation

The Bitvore 22 is a series describing a day in the life(time) at Bitvore and working on the bleeding edge of Artificial Intelligence (AI). Alan Chaney, Chief Technology Officer, Bitvore, answered our 22 questions.

1. How long have you worked with Bitvore?

I've worked with Bitvore since January 2011. 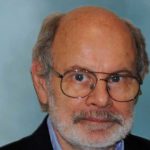 2. What has been your role with Bitvore?

3. How has it changed since you started?

Dramatically. When I started, Bitvore was working on email forensics. One of the main things I brought to Bitvore was to change the underlying technology from being a PHP application using MySQL with a very specific focus extracting information from emails, to being a generalized big data system with a very flexible record tagging structure, which is what it is now.

There are some really smart people to work with and the technology is fascinating, especially the combination of near real-time AI with big data like HBase.

5. Pretend I’m not a tech person. Can you explain Bitvore in simple terms?

6. What do you think the biggest promise of AI is?

The potential for AI is enormous, and in my view may be considered the “third wave” of modern computing technology, where the first wave was the Internet and the second wave was cloud computing and big data. AI, or machine learning, is a bunch of clever algorithms that complete sophisticated extraction of information, and statistical analysis of data. Because of the huge amounts of data now available for exploration, it’s simply impossible for humans to extract and understand this data by inspection, and even simple algorithmic analytics is inadequate. The promise of AI is to actually create core value from oceans of otherwise unmanageable data. This is what Bitvore does and will continue to develop and expand upon: examining many sources of information to create correlated, actionable information to help humans make decisions. Of course, AI can, and is, used in many other fields, but our focus is applying AI techniques to the written word.

7. What do you think the biggest threat of AI is?

The threat is people will take it too seriously. It shouldn't be confused with predictive analytics. Essentially the way you train the AI system is to use statistics in a very specific way.  For example, looking for the occurrence of certain patterns of words in certain places in sentences, isn't done on some deep conscious understanding of the semantic meaning. It's done because it happens a lot of the time, and therefore is probably one of those. People who don't understand the limitations of AI behave as though it's actually telling you something true. But the real problem is that it’s very easy for an AI system to tell you what you think you want to hear, because you insert a known problem. You select results that have too many positives and not enough negatives, until it finally tells you what you always want. This is a well known problem in the AI community, and one we have been aware of from the beginning. We take care to avoid falling into this trap.

8. What are your favorite online website or resources that you check every day?

I don’t really have any; I like to get stuff from all over the place.

9. How do you keep your technology skills current?

By avoiding videos as much as possible. I hate the tendency now to try to encapsulate information in 10 minute videos. I get really bored with videos and prefer to browse the web and read interesting articles.

10. What qualities do you think are most important in a Startup Leader?

To perform leadership that will invoke loyalty.

11. What is your favorite technology product, and why?

My favorite of all time, and what I think is possibly the most game-changing technology of the last 30 or 40 years, would probably be Linux. It allowed the democratization of deployment of open source software.

To me they’re the same. I used to have and Android phone, but I switched to an iPhone simply because there was an application I wanted to use which is only available on iOS. I also have an iPad. I think Apple make better hardware than most of the competition, but I don't like their approach to software.

Linux (laughs). But I have a Mac and I use it a lot. I also have a PC which I use for certain things. The great thing about the Mac is it's got a terminal window and you can use it like it was a Linux box. I have to admit the hardware's good; it's fast and it's stood  up well against the last four years of extremely heavy use I've put on it.

14. Tell us about a (tech) project you’ve worked on in your spare time.

There's a development environment from Google called Flutter. It allows you to write applications that will run without much specialization on both Android and iOS. I think that's great, because one of the things I hate about iOS is it's all Apple, and Apple controls it. I'm very much against that, and the idea that you can have software that you can target at a more general market appeals to me.

15. What was the last big presentation you gave and to who, about what, when?

It was Strata Hadoop in San Jose in 2016. It was to show how Bitvore could extract relevant muni bond information from big data.

16. What was the last show you binge watched?

I never watch broadcast TV, so I tend to binge watch most everything. I watch shows until I get bored with them. I think the most recent one was Stargate.

I have two children, a daughter and a son, and a 5-year-old granddaughter.

18. How do you manage your work-life balance?

19. What do you like to do when not working on or thinking about Bitvore?

I'm obsessed with airplanes. I'm a private pilot and I love flying. I like everything about aviation; it gives you a chance to be alone and have a lot of control of your own personal situation. It gives you a completely different perspective on the world.

We had a cat named Bagel, but sadly she passed recently.

21. What do you do to help altruistically… and/or charitably?

My wife is a professional author, she writes books, but she’s also spent a lot of time running a podcast to help people write, learn about the industry, the techniques of writing, and so on. I’ve helped a lot with that, which I consider altruistic, because it helps people develop their writing skills. Writing is a very important mechanism for communication.

And secondly, I enjoy trying to encourage people to embrace general aviation. I live in the Woolsey Fire area, and when I was flying at the local airport, I met a fireman because a lot of the fire, police, and ambulance services are based out of airports. I started chatting with him and I'm going to try and find some time to give him some flights. I want to encourage anyone who wants to become a pilot and help them in anyway I can. I think it's really important and there should be more pilots. Another thing I'm doing on that level, is getting involved with and soon going through the training for Angel Flight. Pilots fly others in need of medical attention, that might otherwise be difficult for them to get locally. You pick them up and fly them to the medical facility, and then either you or somebody else flies them back.

22. What are the next major challenge for Bitvore?

Becoming the premier provider of business information for decision-making. 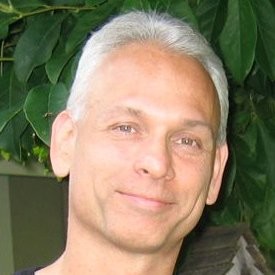