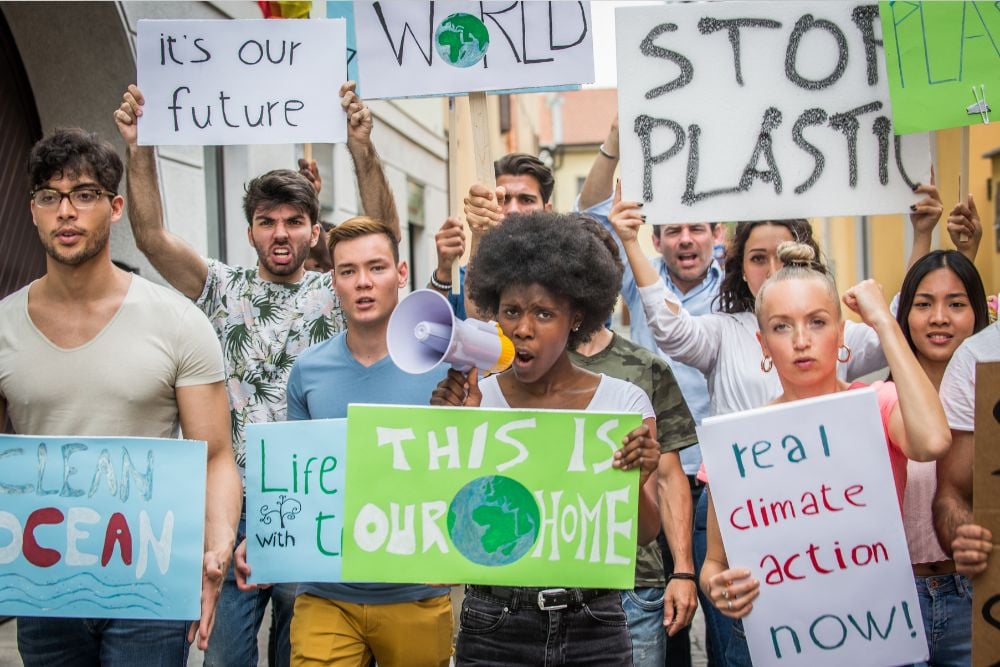 But some climate activists were not only concerned about the signal the sponsorship sent, but also how it could affect the negotiations. Mohammad Ahmadi of Earth Uprising International said: "This action by the COP27 presidency goes against the purpose of the conference." This was a sentiment echoed by Steve Trent, CEO of the Environmental Justice Foundation, who called on Egypt to reverse the decision. In 2021, an audit from Break Free From Plastic named Coca-Cola as the world's number one plastic polluter.

Found on every continent and in the oceans, plastic is a major source of pollution. Its production also contributes to global warming. Currently 99% of global plastic is produced from fossil fuels in a process called 'cracking' which produces greenhouse gas emissions and drives climate change.

Last year the BBC’s Panorama investigated Coca-Cola's promises to crack down on plastic waste, they focused on the impact that plastic pollution by Coca-Cola was having on remote communities across the world. It is estimated that Coca-Cola sells more than 100 billion throwaway plastic bottles each year. Coca-Cola has stated that it remains committed to: "collect and recycle a bottle or can for every one we sell by 2030."

Opposition to the sponsorship decision has grown over the past week due to Coca-Cola's links to plastic pollution. Climate activists are accusing the company of "greenwashing". A COP26 delegate also launched a petition to remove Coca-Cola as the sponsor. The petition has over 5,900 signatures out of 7,500 signatures. The petition cites that Coca-Cola spends "millions of dollars greenwashing its brand, making us believe that it is solving the problem". "But, behind the scenes, they have a long history of lobbying to delay and derail regulations that would prevent pollution, keeping us addicted to disposable plastic," the petition added.

However, media coverage of the announcement, and Coca-Cola in general, has been broadly positive over the last two weeks. The chart below shows a steady increase in Coca-Cola’s 5 and 10 days average ESG articles sentiment score, however the effect on their articles Financial Risk Sentiment scores have been fairly muted. 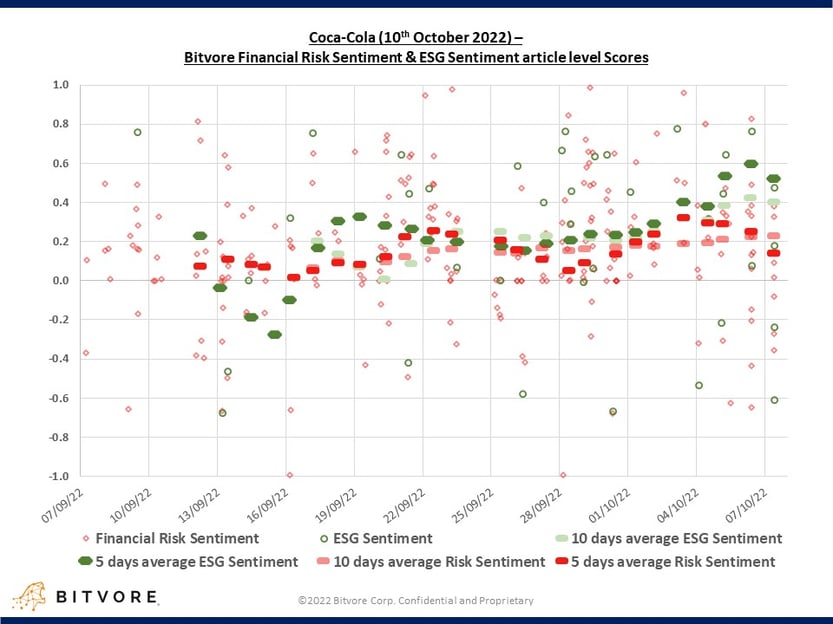 Investors are increasingly building out their own ESG and Sustainability research, analysis and risk control functions to dive deeper into the types of insights our processes uncover. Trusted by more than 70 of the world’s top financial institutions, Bitvore provides the precision intelligence capabilities top firms need to counter risks and drive efficiencies with power of data-driven decision making.

Our clients uncover rich streams of risk and ESG insights from unstructured data that act as the perfect complement to internal data and insights your firm is already generating. Our artificial intelligence and machine learning powered system provides the ability to see further, respond faster, and capitalize more effectively.