Nike vs Nike: The Diversity and Inclusion Conflict? 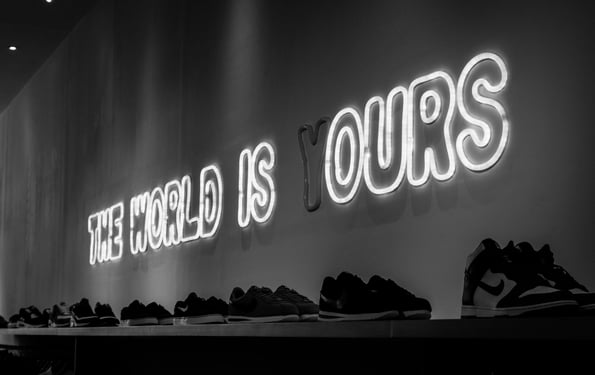 As we continue to look deeper into trends within Corporate Diversity and Inclusion, we’ve utilized Bitvore's data to track clear patterns within Nike's D&I practices. Over the past two years, Nike has been praised for its outward support of diversity, including partnering with Civil Rights movements and celebrating women through inclusive clothing lines. Behind the scenes, Nike has been engaged in lawsuits and misconduct surrounding the very topics they claim to represent. While Nike is not unique in these patterns of performative activism, they are a clear example of the way in which large corporations face division between public image and employee experience.

June of 2020 was a big month for Nike’s diversity initiatives. As the country turned its attention towards civil rights movements, Nike took the side of many activists, donating millions of dollars to Black Lives Matter and other civil rights causes. Nike also made Juneteenth an official, paid holiday for its employees. Nike CEO John Donahoe expressed that making Juneteenth a paid holiday was an “important opportunity to better commemorate and celebrate Black history and culture.” He assured the public the company’s stance was not simply rhetoric.

Less than a month later, an anonymous Instagram account surfaced under the name “Black at Nike”. The account was created to give employees of Nike a platform to share their stories of “racism and microaggressions within the Company.” The account’s creators echoed the sentiment seemingly felt by the employee contributors - that it is “time for senior leaders to value the Black and POC employees in the same way they value Black and POC consumers.” Nike employees, like those of other large corporations, have expressed exasperation with public displays of goodwill despite a lack of systemic change within the corporate culture.

In September of 2020, Nike launched a maternity line, targeting the struggles women face due to the body’s rapid changes during and after pregnancy. Nike advertised this line in its trademark style, portraying a diverse group of female athletes wearing the gear during different stages of pregnancy. Likewise, with the company’s many other marketing campaigns, these ads reinforce the idea that Nike stands for inclusivity and equality.

For years the company has paid some of the top female athletes to wear its products, but female employees reported contrasting experiences to the company’s D&I initiatives. During the launch of their pregnancy line, Nike was battling an ongoing lawsuit alleging gender discrimination within the company. The lawsuit alleges, “Women’s career trajectories are blunted because they are marginalized and passed over for promotions. Nike judges women more harshly than men, which means lower salaries, smaller bonuses, and fewer stock options. Women’s complaints to human resources about discrimination, including unequal pay, unequal promotions, and harassment are ignored or mishandled.” The lawsuit, filed in August of 2018, and not expected to reach trial until 2022, contradicts Nike’s image. The trial has been drawn out due to Nike’s refusal to hand over documents regarding employee pay, leaving some female employees feeling undervalued and ignored.

While the world is increasingly focusing more on corporate ESG, Nike is following suit by announcing new Diversity and Sustainability goals with a 2025 target. Some of these goals include a 50% representation of women in the global workforce, as well as 45% percent of leadership positions to be filled by women. Nike has also cited that it is aiming to fill 35% of its corporate positions with people from ethnic minorities.

Shortly after these goals were announced in the Spring of 2021, the company was hit with another lawsuit for racial discrimination within one of their Santa Monica, CA retail stores. According to the lawsuit the manager of the store “created a pervasively hostile and abusive work environment that forced many employees of color to resign.” The lawsuit also alleges many of the employees who resigned were replaced with white women. The manager of the Santa Monica store was fired after she racially profiled a black family shopping in the store, accusing them of theft and calling the police. These shoppers sued both the manager and store. While it can be argued that one manager of one store isn’t necessarily a representation of the company as a whole, incidents such as these are indicative of potentially something crucial missing from the company’s implementation of diversity and inclusion.

Company-wide D&I practices are impossible to enforce overnight. However, it is evident that the “trickle-down” method passively still allows discrimination to continue within the workplace. Equal measures between brand-based D&I practices and corporate culture need to be taken in order to effectively eliminate disparity. While marketed acts of Diversity and Inclusion can be seen as performative, we must look at corporate culture to see where a company is actually growing and changing.

Bitvore’s data allows us to see both internal and external practices used by companies. Corporations rely on the trust of their investors, putting pressure on the company to be transparent about diversity and inclusion - but also requiring investors to be diligent in their research.