Regulation and Oversight of Stablecoins: Decentralized Finance and Potential Bans on Proof-of-Work Mining 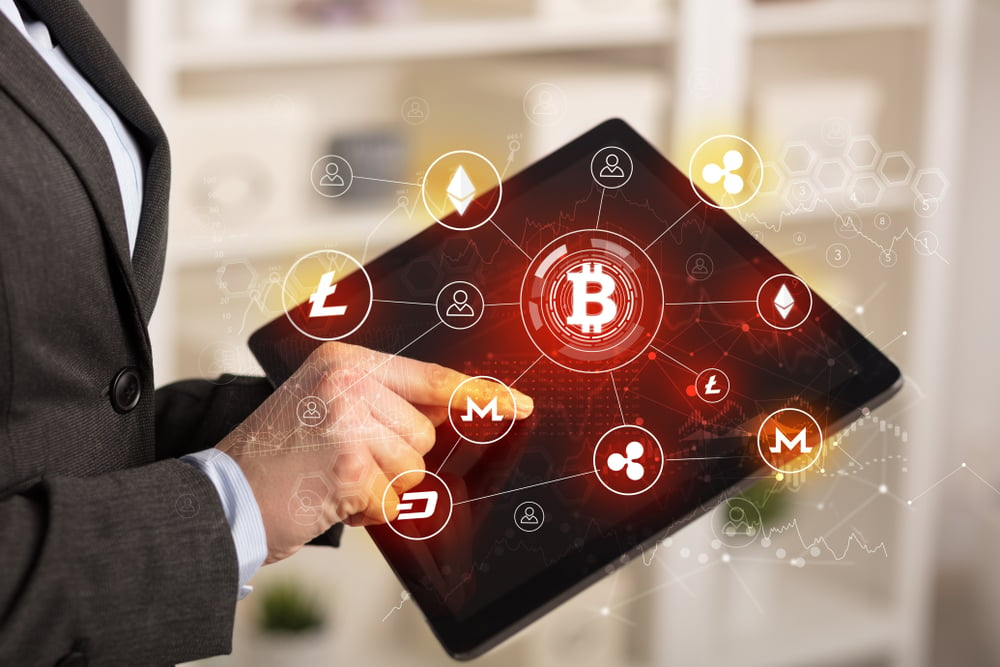 A recent report by the European Central Bank (ECB), presented as a “deep dive into crypto financial risks,” calls for “appropriate” regulation and oversight of stablecoins and decentralized finance (defi). Bitcoin’s carbon footprint in Europe was highlighted with a potential ban on proof-of-work mining cited at “probable” in the latest edition of the Macroprudential Bulletin issued by the European Central Bank (ECB).

The authors of the paper advocate that the growth and increasing use of stablecoins around the world require immediate implementation of the necessary regulatory, supervisory, and oversight frameworks, such as the MiCA legislation, before the interconnection between these digital currencies and the traditional financial system deepens further.

Recognizing the important role of stablecoins for the crypto ecosystem, the ECB experts point out that their critical function could have contagion effects for the financial system if unbacked crypto assets pose a risk to financial stability in the future.

Initially serving mainly as a “relatively safe ‘parking space,’” use cases for stablecoins have multiplied in recent years, the eurozone’s monetary authority notes, even more so with the rise of defi applications, which represent another rapidly expanding segment of the crypto market, especially over the past year.

The ECB believes that efforts are needed to regulate and supervise the defi space effectively, despite the challenges that stem from its decentralized and anonymous nature, that make the task harder for policymakers and respective authorities. The European Central Bank urges for a coordinated approach on the international level and common standards to identify and fill the regulatory gaps.

ECB’s Macroprudential Bulletin comes as the European Union progresses towards adopting and implementing the MiCA regulatory package. Key EU institutions recently reached an agreement on the legislation. A controversial proposal to prohibit the provision of services for cryptocurrencies using the power-hungry proof-of-work (PoW) mining was dropped from the draft.

The crypto industry and community had warned that such a measure would have amounted to a ban on Bitcoin. But the ECB article asking the question “Is climate risk priced into crypto assets?” argues that authorities can incentivize the proof-of-stake (PoS) consensus mechanisms, described as “the crypto version of the electric vehicle,” and restrict or ban the PoW mechanisms, referred to as “the crypto version of the fossil fuel car.” 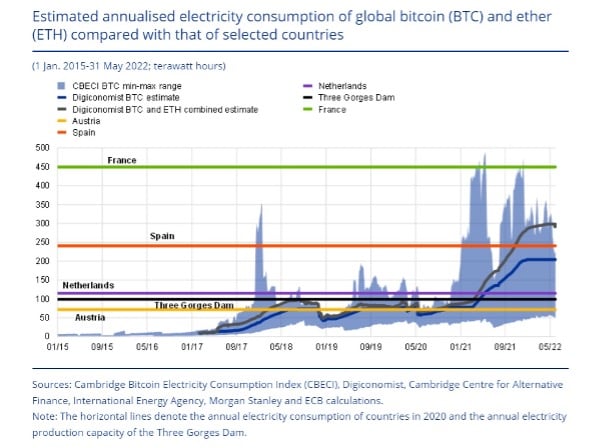 “So, while a hands-off approach by public authorities is possible, it is highly unlikely, and policy action by authorities (e.g. disclosure requirements, carbon tax on crypto transactions or holdings, or outright bans on mining) is probable,” the authors think. In their opinion, it’s also unlikely that the EU will restrict or ban fossil fuel cars by 2035, but not take action against crypto assets with their carbon emissions which they say are enough to negate most euro area countries’ greenhouse gas emission savings.

In the US, several Democratic U.S. senators and representatives told the Biden administration in a recent letter that the government must intervene to limit the impact of cryptocurrency mining on climate change. Based on responses from seven of the largest crypto mining companies they probed for information on their climate impacts, the lawmakers called on Environmental Protection Agency Administrator Michael Regan and Department of Energy Secretary Jennifer Granholm to require more energy use reporting by these companies.

The future of cryptocurrency in New York continues to make headlines and would appear to be in the hands of Gov. Kathy Hochul’s after lawmakers passed two seemingly contradictory bills on Friday, June 3, 2022. The first bill, A.7389C/ S. 6486D (Kelles/Parker) would impose a 2-year ban on cryptocurrency mining operations that use proof-of-work authentication methods to validate transactions and, more importantly, to secure the online investments of the 46 million Americans who use the network. The second bill, A.9275/S.8343 (Vanel/Sanders) establishes the New York State cryptocurrency and blockchain task force to study how New Yorkers can harness the growth of the industry for the advancement of New York, including its environmental, social, and economic implications.

Are you tracking the digital asset market and trying to stay up to date with cryptocurrencies, NFTs and blockchain?

Our ground-breaking AI-powered platform ingests massive amounts of unstructured data and uses advanced NLP and machine learning to provide unprecedented insights. We track performance and developments in the global crypto market, NFTs and blockchain with sentiment scoring for every update.

Get in touch today to learn how the Bitvore family of products can help your organization at bitvore.com. 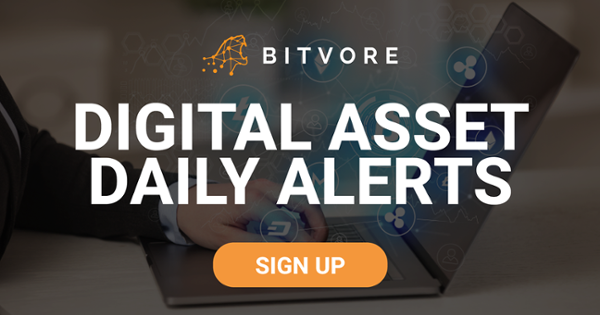