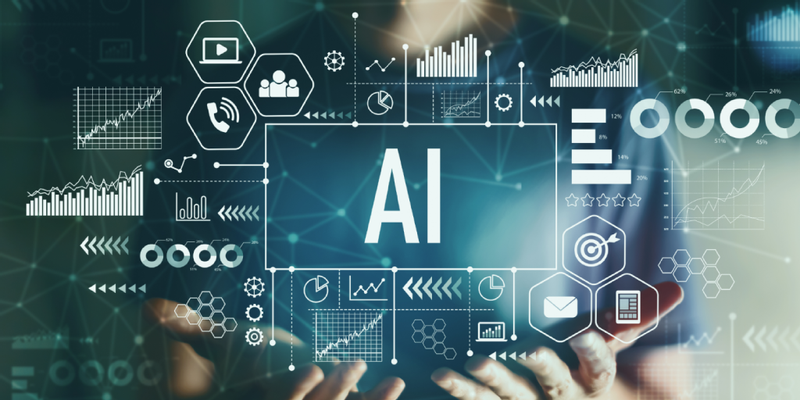 If you follow Gartner, you know about their infamous hype cycle—the one that predicts how any new technology will, at some point, gather interest that is out of proportion to its utility. When expectations fail to align with reality, the interest in the technology drops off a cliff. Once the tech evangelists reset expectations for the technology, interest slowly begins to grow again.

The field of AI research has already undergone one winter. Computing power improved rapidly from the 1970s through the 1990s, but investment in AI research remained low. Many observers are worried that an AI winter might happen in the future, but we think that something similar to an AI winter may be occurring now.

Instead of Stagnation, a Plague of Iteration

We’ve spoken before about how most operational uses of artificial intelligence center around just two use-cases: chatbots and fraud detection.

The problem here is that businesses are risk-averse—this includes both developers and consumers of artificial intelligence. A business sees that chatbots are being used by other businesses; they want a chatbot too. An AI startup sees that other startups are making chatbots and getting venture funding, so they decide to create a better chatbot and get funding.

It’s a bit telling that GPT-3, which is probably one of the most interesting and strongly-hyped AI products out there, is arguably just another form of chatbot.

There are only a few companies at the head of the pack in artificial intelligence—so few that they can be condensed into a single acronym, FAANG, which stands for Facebook, Apple, Amazon, Netflix, and Google. In addition, these companies, while they represent different industries, use AI for remarkably similar things:

There are edge cases. All of these companies have some skunkworks projects trying out a number of AI moonshots, but so far none of these moonshots have succeeded in displacing these companies’ core business models.

The world’s top AI researchers—the ones who want to work at FAANG companies—are also trying to come up with research that would make them attractive to these five organizations. This means that there has been a lot of work centered around consumer-facing AI systems like advertising networks, recommendation engines, self-driving cars… you get the idea.

To summarize, there’s a large amount of AI research centered around a relatively small number of topics. Since both businesses and researchers are risk-averse, there’s not a lot of money in creating novel AI concepts and even less money in operationalizing novel AI concepts. For now, everyone is stuck building a better AI mousetrap. It seems that AI winter is here, and it looks different than we thought.

What is Bitvore Doing to Thaw the AI Winter?

Outside the realms of formalized academic research and the confines of large tech companies, you’ll find a large universe of people who may not be formally trained but are still pushing the field forward. For example, if you look at Bitvore, you’ll see our content experts are critical to our machine learning processes as they know what types of data examples work well in training for our types of models. They also know which data examples don’t work, they know the limitations of keyword search versus language models, and they know when to use which.

Our secret here (which is not much of a secret) is that our domain experts aren’t pure AI researchers—they’re also skilled in financial concepts. This means that they’re better at finding and operationalizing new AI concepts in finance than people who only have academic knowledge of the field. In short, one way to ensure that you’re still innovating in AI—as opposed to just iterating another chatbot—is to work with cross-domain experts who can help you operationalize concepts that are more relevant to the industries you’re targeting.

Meanwhile, if you want to learn more about what we’re doing at Bitvore and how we’re making innovating AI relevant to the finance industry, download our case study below! 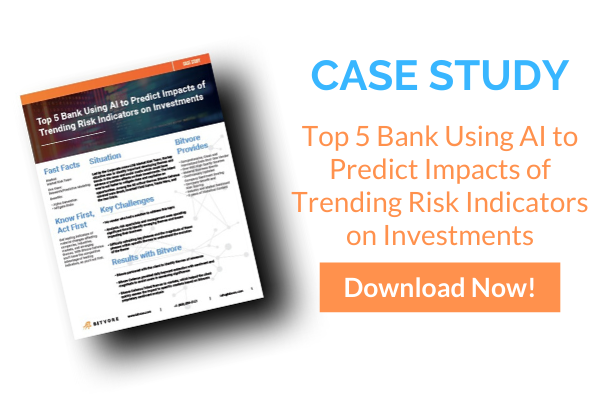