Filling Your Pipeline with Bitvore 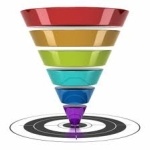 In the muni market, issuance is widely distributed around the country. Thus, local media often learn about potential bond issues before the financial press. By mining local media, Bitvore can help you learn about new issuance situations before the competition.
On July 21, a story came across our system about Katy Independent School District in Texas. A stakeholders committee formed by the district is proposing $748 million in new bonds – a very large issue for a school system of its size, but one apparently warranted by rapid growth in the area. The proposal will be considered by the full board in August and most likely put to voters in November.
Bond Buyer covered the prospective new issue on July 24 - three days after the news appeared on Bitvore. Finite staffing and the editorial process naturally create a lag for national publications like Bond Buyer. While BB is a great source of news and opinion, you can expect it to be frequently scooped by local coverage around the internet. It is this broad local media coverage that we capture and customize for your consumption on Bitvore.
While the Katy bond issue is just in the proposed stage, we expect that you’ll see a lot of breaking news about it and many other bond issuance opportunities between now and election day. So if you underwrite, rate, insure or act as counsel on bond issues, Bitvore is a great place to learn about emerging situations before your competitors do.