One of the last bastions of human natural language, however, is humor. As the mischievous AI in the popular video game Portal2 once said: "Well, you know the old formula: Comedy equals tragedy plus time. And you have been asleep for a while. So I guess it's actually pretty funny when you do the math."

To that end, I've collected a few humorous examples over the years that I generally categorize as funny misinterpretations using NLP. While it felt like a tragedy long ago when I couldn't get my university assignment to work correctly, or an embarrassing mistake in front of a customer, some of the examples are pretty entertaining if you do the math.

Many early natural language and machine translation programs were not able to recognize local or language-specific idioms. Elaine Rich's example relayed in [Artificial Intelligence, New York, McGraw-Hill 1984] describes one very famous problem. As the now-legendary example goes, the first sentence was translated from English into Russian and then back again.

While some doubts on the provenance of the exercise remain, the example has lived as a cautionary example for those building natural language systems.

The Old Man and the Boats

"I keep thinking about my favorite Hemingway novel. The sea. The old man. The boats."

It's definitely a well-formed, valid sentence in English. However, if your program cannot detect implicit subjects, verbs, and antecedents, it will fail on the sentence. Distilled down even more, who knew five little words and combinations thereof could be so ambiguous?

"The old man the boats."

Try giving that one to a natural language understanding program. Who is manning the boats?  The old. Most computers' modern natural language semantic parsers, and humans first assume the sentence is about "The old man" before re-evaluating the meaning. From my 7th grade English class, if you diagram the sentence, it's highly likely you'll have to use the eraser before you get to the final punctuation.

Another way to look at it is to parse the sentence into CoNLL (Conference standard on Natural Language Learning) and Ascii-Tree format using Penn Treebank parts of speech tags.

If that's too difficult to parse, it's basically saying the noun-subject of the sentence is "man", which is incorrect. As mentioned above, "The old" are manning the boats and "man" in this context is a verb.

Likewise, try diagramming the ones below.

"A sailing boat sails all boats."

The second one is funny as a friend of mine recently asked, "On seeing this title, did anyone else think it meant that a panel of judges declined to hear an appeal in litigation involving AI?" So which is it, "AI judges" curbing the appeal of a lawsuit? Or "AI" judging the curb appeal of a house? It's the second, but if you didn't know the context, I can see how it would be ambiguous.

Checking in with our off the shelf semantic parser, it again sees the verb as a noun. Here's the whole parse tree. (As an aside, you can generate your own parse trees on Algorithmia's Parsey McParseface demo.)

Once again ambiguity rules the day.  As one of my other friends mentioned to me recently, “A language is a dialect with an army and a navy” which is a famous quote from Max Weinreich, a specialist in Yiddish linguistics.

Most NLP tools will try to strip out as munch punctuation as possible while preserving the semantics of the sentence.  “That won great fame”, “what do you think”, “There once”?  It quickly devolves into a game of “Who’s on first” depending on how well your natural language parsing technology is a preserving semantics.

The best resource for keeping up on all the techniques is a project by Elvis Saravia and Soujanya Poria who borrowed part of the material from Young et al. (2017).  You can find up to date links and promising materials here:

As technology advances to create better and better natural language processing computational techniques, the first thing I always do is throw the old “humorous” curveballs at it.  Idioms, riddles, tipping-point punctuation, informal language use, and dual-use noun-verbs-adjectives all make for interesting test cases. If you are using any type of computational natural language technique, it’s important to keep up on the latest developments as this is what we all face when dealing with natural language in the real world. 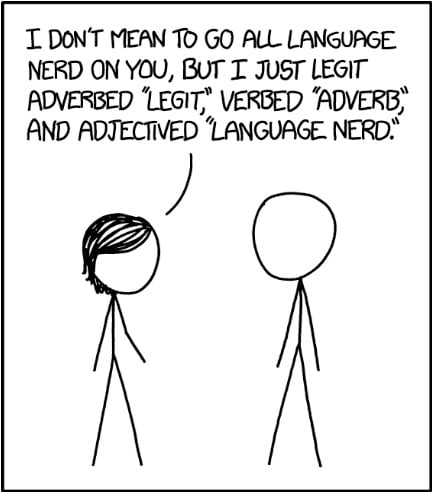